Reflecting a commitment to a team approach, EXP Legal is an active member of a close-knit global network of professional and entrepreneurial law firms with which EXP Legal shares its competencies and specializations.

In addition of being the Italian member of ILN – International Lawyers Network – an international network of high-quality law firms which provides international global assistance, EXP Legal is a member of an array of associations such as INSOL Europe - the International Association of Restructuring, Insolvency and Bankruptcy Professionals, the UAE - the European Lawyers’ Union, specialists in European law and CILS - the Center for international Legal Studies, dedicated to providing training, seminars, conferences and workshops in various fields of international law.

Last but not least is our participation in the prestigious American Chamber of Commerce in Italy, an association which promotes the development of commercial relations between the United States and Italy. 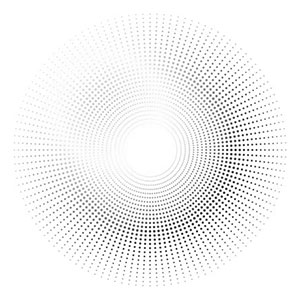 The ILN is an association of more than 90 high-quality, full-service law firms with over 5,000 lawyers world-wide. The Network provides clients with easily accessible legal services in 66 countries, ensuring excellent standards and customized and accurate services.

The mission of the association, founded in 1981, is to take and maintain a leading role in European business recovery, turnaround and insolvency issues, to facilitate the exchange of information and ideas amongst its members – now up to 1,000 – represented by lawyers, accountants, financial and academic analysts. The objectives of the Association, supported by the Council which elects the President, are: 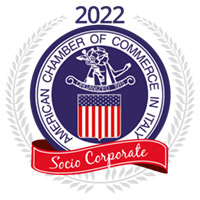 The American Chamber of Commerce in Italy (AmCham) is a private, non profit-making organization, affiliated with the Chamber of Commerce in Washington D.C. (the American equivalent of Confindustria), composed of more than three million member companies. AmCham’s aims to develop and promote economic and cultural relations between the United States and Italy, to support and protect the interests of its associates’ commercial activities between the two countries, and to disseminate information concerning AmCham’s own activities amongst its members. It is also a founding member of the European Council of American Chambers of Commerce, the organization which protects free trade between the European Union and the United States. In addition to its headquarters in Milan, AmCham’s presence extends throughout the major Italian and American cities by means of a network of local chapters.

The Center for International Legal Studies – CILES – is a non-profit research, training, and law publications institute, established and operating under Austrian law and with its international headquarters based in Salzburg, Austria. Its essential purpose is to promote the dissemination of knowledge among members of the international legal community.

The Italian eSports Association was set up to develop a video-gaming culture in Italy - and in particular the eSports market - also through the performance of competitive and amateur sports, including the Paralympic sectors.
On 28 October 2017 the International Olympic Committee (IOC) "opened", for the first time in its history, to the recognition of "electronic sports", equating them to real sporting disciplines.
The Mission of A.I.eSp. is to create the right "ecosystem", the balance necessary to manage the now unstoppable development of the eSports discipline, which is increasingly in need of assistance and concrete responses.
The aim is therefore to become the guide of a movement - which requires precise guidelines, harmonization of rules and appropriate benchmarks - for a correct and "sustainable" growth on the Italian market.
In this path, to be regulated and supervised, the sports component of video games will go hand in hand with the ethical objective of combating the drifts that create negative phenomena, such as anti-piracy, match fixing and behaviors that create dependency, with particular attention to the younger ones.
A.I.eSp. will then take care of promoting the culture of eSports in Italy in compliance with the rules of the Olympic disciplines, placing itself against all the Associations, Institutions and Companies operating in the sector, as a connecting reality of the entire electronic sports chain.

The Italy-America Chamber of Commerce Southeast (IACCSE), is one of the 78 Chambers of the Assocamerestero network (the Association of Italian Chambers of Commerce Abroad www.assocamerestero.it), officially recognized by the Italian Government.
IACCSE is a non-profit organization, founded in 1991, which is devoted to fostering trade between Italy and the United States.
The Chamber represents a point of first assistance and orientation for Italian entrepreneurs interested in expanding their business in the Southeast of the USA.

FEDERLAZIO is the Association of small and medium-sized enterprises in Lazio Region. It counts over 3,200 companies with around 70,000 representatives and over 10 billion Euros per year in turnover. The Association (www.federlazio.it) was born in 1972 as an association of industrial companies but has been able, over time, to adapt to changes in the economic structure, also opening up to companies operating in the service industry. The Association has a widespread roots in the territory and is present with its own delegations in each county seats of Lazio as well as in the cities of Cassino and Civita Castellana. In addition to providing assistance, protection and services to associated SMEs in traditional areas of business management, FEDERLAZIO is particularly active in terms of internationalization - also thanks to the support of EXP Legal professionals - and innovation.

The mission of EXIM ITALY is based on concrete projects to support Italian companies that need assistance for foreign markets and foreign companies that want to operate in Italy. A work team that brings together professionals active in the field of internationalization and especially in the field of tax consultancy, financing, legal assistance, interpreting, translation, export management, change management & hr, trade fairs, digital export. 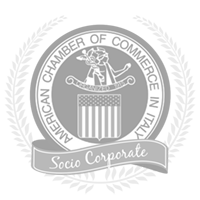