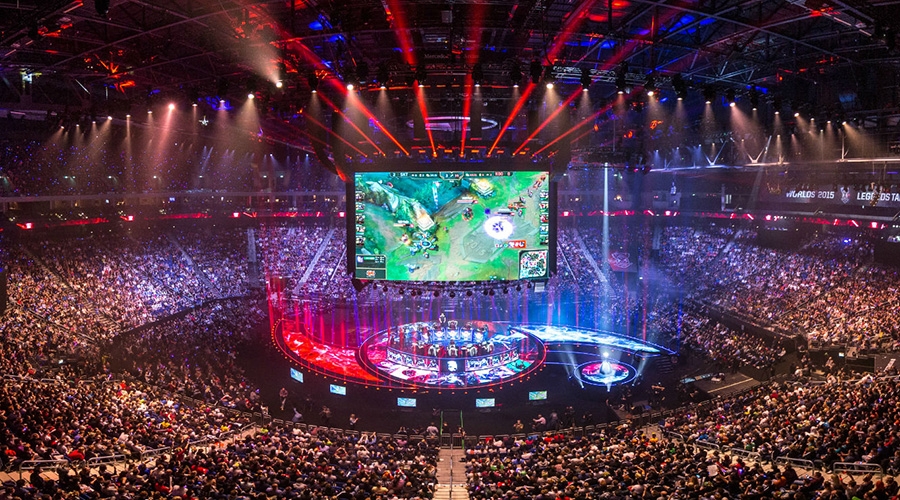 On May 14, the second Esports report in Italy1 was published in Milan. The report was presented by AESVI (Italian Association of Videogames Editors Developers) in collaboration with Nielsen, the leading provider of analysis and insight in the sports and entertainment sector. In order to formulate this report, data was collected by interviewing more than 2,000 Esports fan aged from 16 to 40 years, and analyzed various platforms such as blogs, forum and social media.

I. The Italian fan base

The first data that stands out is the 35% increase in Avid fans, recorded in 20182, compared to the previous year, going from 260,000 to 350,000, and the 20% increase of Esports fans, from 1 million to 1.2 million of fans. A small distinction between Avid fans and Esports fans: Avid fans affirm to follow at least an Esports event every day, while Esports fans do it only a few times a week. Therefore, these are very encouraging data that will hopefully continue to grow among the Italian population that is becoming increasingly interested in the Esports world. The increase is fueled by the numerous teenagers interested in the competitive world of video games, which thanks to social media and live streaming platforms, especially YouTube and Twitch, can follow Esports events or the streaming of the most famous players.

Consequently, the interviewees were asked about the reason why they follow Esports events, and the data reported are as follows: 79% for entertainment, 67% for improving their playing skills, 61% to get access to competitions and 32 % for the news it represents. Therefore, the majority of the fans are interested in

Moreover, Esports are perceived as a tool to relate and improve team work skills, allowing players to participate on a par, developing cognitive and problem-solving abilities, training their own reactivity and motor coordination, facilitating the English language learning too.

II. The most competitive and popular video games

Other data analyzed are referred to the most competitive and popular video games among Avid fans. In this ranking we find the Sports games as first, followed by the MOBA (Multiplayer Online Battle Arena), the RTS (Real Time Strategy), Battle Royale, FPS (First Person Shooter), Racing, Fighting and OCCG (Online Collectable Card Game). The report points out that compared to the previous year there has been a slightly decrease in interest towards Racing and Fighting video games in favour of an increase in MOBA and RTS, followed by the introduction in the rankings of the Battle Royale category led by the wildly popular “Fortnite”.

As for the most popular games, the usual “Fifa” and “Call of Duty” remain at the top, ahead of “League of Legends”, “Rainbow Six”, “Heartsone”, “Fortnite” and the new Battle Royale branded Electronics Arts “Apex Legends”.

Regarding the most followed events and competitions, the “Call of Duty World League” is by far the most popular ahead of the “Italian Esports Open” and the “Fifa Global Series”. The Computer is the most used device to watch these events with 62%, while Smartphones follow with 45% and then Tablets with 27%.

Different story when we talk about the most used gaming devices. The Esports fans rather use the Smartphones with 81% of preferences, the Consoles instead are ranked second with 77% along with the Computer with 76%, while Tablets and Streaming Media Players are the least used with respectively 54% and 33%. Having said that the devices are chosen by the players and by the events according to the games played. For example, Sports games are mostly played through Consoles, while PCs are favored for MOBAs.

Another category analyzed in this report is the interest for additional paid services and content by the Esports fans.

The “Virtual Reality”, or simply VR, launched in 2016 for the Playstation 4, has been a great success among the Esports fans. The VR allows the gamers to play in 3D through a specific headset, becoming quickly very popular and appreciated by the players thanks to its innovativeness.

Another widely used service by the fans are the Pay TV, or live streaming platforms, that broadcast Esports events such as Twitch. Twitch is the most used live streaming platform by the gamers, it transmits Esports competitions and players streaming videogame sessions. Users can pay a monthly subscription fee to avoid publicity during the streaming or even make a donation to their favorite streamer in order to support it.

Among the most purchased products by Esports fans we can find videogames followed by their accessories such as headphones or controllers but also Esports teams clothing.

Over the last year we have seen some important brands wear some of the most famous teams. For example, “A | X Armani Exchange”, which became the first Italian fashion brand to enter the Esports sector by dressing the Mkers team, represented by the Italian Fifa pro player Daniele "Prinsipe" Paolucci. Another important brand like Adidas has decided to collaborate with the Exeed team, becoming the first Italian Esports team to wear the famous three stripes brand.

The volume of discussions on the web in Italy regarding the Esports is constantly growing. If we take a look at the total number of buzzes3 of this year, we can see how it has gone up from 27,000 contents, with a monthly average of 2,300 posts during 2017, to almost 1.3 million of contents, with an average of 90,500 posts during 2018. Impressive numbers that show us how the world of Esports in Italy is constantly growing.

If we get into the category of the most discussed games, “Fortnite”, the videogame developed by Epic Games, draws all the attention thanks to its Battle Royale mode, holding the record of registered players with a figure that is close to 250 million players.

As for the platforms, the SONY Playstation 4 is the only one that manages to be figured in the rankings of the buzzes generated drawn up by the report.

In the Leagues instead, the Electronic Sports League (ESL) reigns undisputed as the most discussed circuit thanks to the numerous games it provides.

Small focus on Twitch, the buzz generated by the most popular game live streaming platform has grown up by 32% compared to the previous year. There are more than 100,000 online contents concerning Twitch, 17% of which come from news websites, showing how the Esports phenomenon is increasingly expanding.

V. Who are the Esports fan

In the last study of this report it was explained how the profiles identified by this analysis are fan of technologies, travel and engines, with a taste for rap music and hip-hop world in general. They therefore tend to prefer branded sportswear or streetwear clothing such as Nike and Adidas.

It also highlighted how the Esports fans come mainly from the Lombardy and Lazio Regions and are mostly male. The age is basically homogeneous, with a slight tendency towards the age brackets between 18 and 25.

3Buzz: to generate a buzz means to draw attention and interest in something. This word-of-mouth technique is often used on the net in order to create a high volume of discussions over a product, service or topic.